Our open-source software development kit (SDK) is completely free to use. In this fashion you could be ready to go within no-time and start developing mindblowing 3D augmented reality/mixed reality content.

Version 3.0 - See what's new, follow the instructions and more via the Aryzon Github page and start your Aryzon journey!

Our Unity3D Networking asset is a very convenient way to connect devices together, wherever they are. It has been build on top of the robust Mirror-Networking asset (link) with Telepathy (TCP).

It provides Easy link-up (List Server), Direct-Connect through NAT Traversal, Local and Hairpin connection. It falls back to a Relay connection.

Work of other Aryzon heroes.
‍

Takashi Yoshinaga - Kinect HoloTuber Kit
‍
Aryzon development - This video shows you the demonstration of RGB-D streaming via YouTube and Visualization of volumetric images on the Aryzon Headset. In this demonstration, ARCore and Aryzon are used for the AR experience. And Azure Kinect was used for RGB-D capture.

Vivien Bardosi - Cooking with Aryzon
This project dares the attempt to take cooking, an activity of people's everyday lives for several millennia, into a new dimension. Using Aryzon Headsets, the user is guided step by step through the recipe, while the virtual instructions appear in front of the user’s eyes wherever and when they are needed in the real environment. 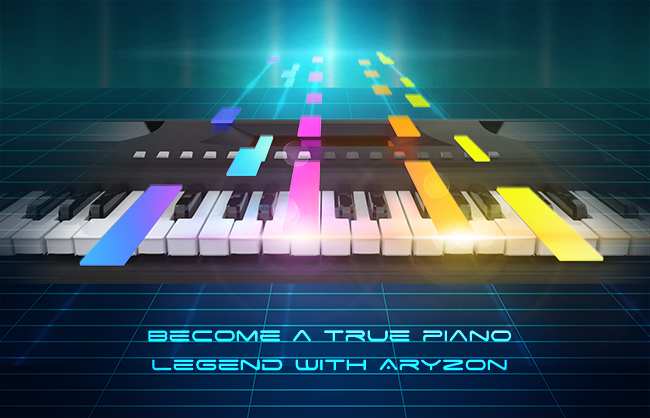 Put on your CardBoard or Aryzon headset and plug in the MIDI keyboard!
It's a play time - with PianoBoard you can dust off your piano and perform your favorite songs!

OBSERVÉTOILES (former National Geographic)
‍
The world's first open air augmented reality planetarium! Narrated by talented astronomers, each night’s presentation is tailored to the ever changing beauty of the sky above.